Global Ties Alabama relies heavily on and sincerely appreciates all of our sponsors. Without them, we would not be where we are. If you would like more information on becoming a sponsor for Global Ties Alabama, contact us. If you are not interested in becoming a full-on sponsor, but would still like to donate to our cause, we graciously accept donations.

The US Department of State was created to advance freedom for the benefit of the American people and the international community by helping to build and sustain a more democratic, secure, and prosperous world composed of well-governed states that respond to the needs of their people, reduce widespread poverty, and act responsibly within the international system.

Huntsville is a city centrally located in the northernmost part of the U.S. state of Alabama. It is located in Madison County and extends west into neighboring Limestone county. Huntsville is the county seat of Madison County, and the fourth-largest city in Alabama. The 2000 census estimated Huntsville’s population at 158,216, while in 2008, the estimated population grew to 176,645.

Madison County is Alabama’s third most populated county with a per capita income second only to Shelby County, Alabama. Madison County is located in the heart of the Tennessee Valley. Our neighbor to the north is Tennessee. We are approximately a 100 miles directly south of Nashville.

When business, nonprofit, government, and academic leaders from around the world connect with their counterparts in the U.S. through international exchange programs, the relationships they forge become a powerful tool for addressing some of our biggest global challenges. For over 50 years, Global Ties U.S. has been making these kinds of connections possible. As a nonprofit partner of the U.S. Department of State, we sustain a network that coordinates international exchange programs and brings current and future leaders from around the world to communities throughout the United States. We provide our members—from large, national organizations to smaller, community-based ones across 45 states and 15 countries—with connections, leadership development, and professional resources, so that they are the strongest, most effective organizations they can be. 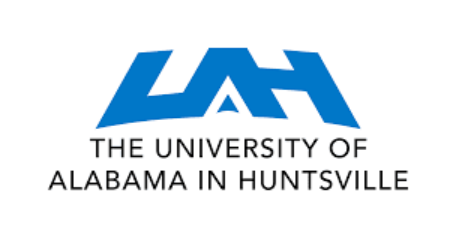 University of Alabama in Huntsville

The U.S. Space & Rocket Center in Huntsville, Alabama is a museum operated by the government of Alabama, showcasing rockets, achievements, and artifacts of the U.S. space program. Sometimes billed as “Earth’s largest space museum”, astronaut Owen Garriott described the place as, “a great way to learn about space in a town that has embraced the space program from the very beginning.”

Stay in downtown Huntsville at Embassy Suites Huntsville Hotel & Spa. Our all-suite hotel is connected via a Sky Bridge to the Von Braun Center, a multi-purpose arena, meeting and performance arts venue. This hotel offers a complimentary shuttle service within a three-mile radius and to Huntsville International Airport, Bridge Street Town Center or Huntsville Hospital.

University of Alabama in Birmingham http://www.uab.edu/

For More Information About Our Program