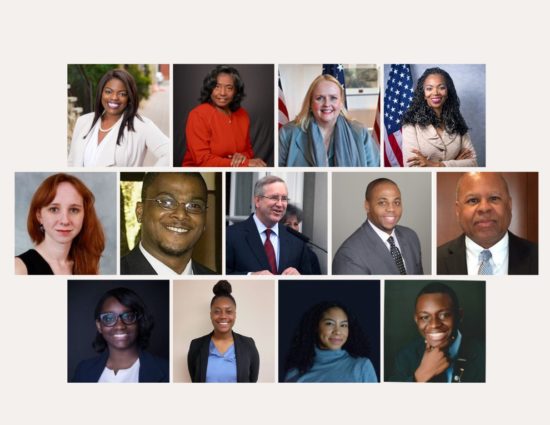 Participants heard from more than 30 speakers from various international careers and backgrounds. Each session was informative, interactive, and gave students a chance to enhance skills, networks, and knowledge of global opportunities. This conference worked towards the overall goals of fostering U.S. exchange alumni network development, as well as furthering the international relations education of Alabama’s HBCU students.

Sessions were led by panelists including CEOs, former U.S. and foreign Ambassadors, Returned Peace Corps Volunteers, alumni of the Fulbright and Gilman programs, and more. Some highlights from the conference were the sessions: “Global Entrepreneurship,” “Conflict Resolution: Resolving Conflict within yourself, your Community, and our World,” and “Funding Study Abroad” sessions.

One of the speakers, HBCU alumnus Marveetes Brown, spoke about how “it’s okay to fail.” After receiving his degree, he took a corporate job, but quickly left to pursue his dream of becoming a music producer. This led to nights of sleeping in his car and skipping meals, but Marveetes persevered and now owns a record label in Washington, DC. Through REACH, he connected with a current Alabama A&M University (AAMU) student with a passion for music who is currently serving in the U.S. Army on deployment. Marveetes now mentors him on the in-and-outs of the music business.

Marveetes is not the only HBCU alumnus who developed a mentorship opportunity as a result of the REACH: HBCU Global Institute. Another mentorship was formed by AAMU alumnus Branndon D. Jackson. Branndon is an economist for Exelon and a candidate for Prince George’s County Maryland County Council. During his matriculation at AAMU, Branndon was struck by a car while saving a disabled friend. This accident left him in a coma and with 16 broken bones. Doctors said he would never return to college again. A current student, who was also involved in a nearly fatal accident, heard Branndon’s story during REACH and was inspired to continue his undergraduate studies in his 60s.

Another positive outcome is from a group of Biomedical and Nutrition majors at Oakwood University. They have requested counsel on how to conduct medical research projects globally. REACH will facilitate their proposal to Duke University’s Organization for Tropical studies.

One of the highlights of the conference was the session “Insights of an Ambassador” with Ambassador Gina Abercrombie-Winstanley, a 30-year diplomat and the longest serving U.S. ambassador to the nation of Malta. The session was moderated by Carlton McLellan Ph.D. who set the stage with a history of African American U.S. ambassadors, and focused on the value of citizen diplomacy while emphasizing the importance of mentorship. Throughout her career, Ambassador Abercrombie worked to give back to diverse and underserved populations. Last month, the U.S. Department of State announced that she would serve as the department’s first Chief Diversity and Inclusion Officer.

Attendees and university leadership gave an overwhelming response to REACH: HBCU Global Institute and Global Ties Alabama. Everyone, from students and faculty, to presenters, raved about the unique blend of interactive, transparent and conversational exchange among multi-generational, global subject matter experts.

Diversity and inclusion for HBCU students is making its way to the forefront of entities that provide study abroad and global opportunities. Looking towards the future, there are now discussions about how to make REACH: HBCU Global Institute a continual and national initiative. Now, more than ever, it is time to find and implement innovative ways to make sure all are given access to opportunities, connections, and support that leads to underrepresented individuals becoming global citizens.